Because the Allness has no separate forms, the easiest way to conceive of it is to compare it to an empty space or a blank page. The Allness is not nothing; it is no thing. Thus, an illustration of it is a white space illustrating that it has no forms that can be conceived of or pictured in this world.

The Creator made the decision to create a world with separate forms, and as the first act of creation the Creator drew a spherical boundary around itself. This boundary set the Creator apart from the Allness and created a space within the Allness that was filled with the Creator’s consciousness and Being. 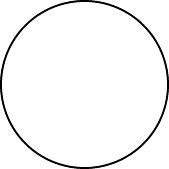 The Creator then contracted its Being into the center of the sphere, pulling itself into a singularity. This emptied the rest of the sphere so that it became a void that was set apart from the Allness but still had no manifest forms within it. Yet because the void is less than the fullness of the Creator’s Being, separate forms can be created in the void. 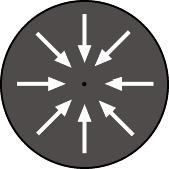 From the singularity, the Creator then projected part of its own Being outward, yet this did not happen in the uncontrolled explosion envisioned by the Big Bang theory. Instead, the Creator projected itself as a sphere around the singularity, a sphere that was set apart from the void because it contained the basic substance out of which everything would be created. This is what the Bible calls light, as in “Let there be Light.” Science calls it energy and this book has called it the Ma-ter Light. 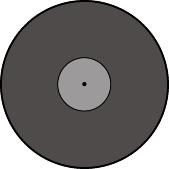 This first sphere was not filled with light. In fact, it still contained a lot of darkness, which does not mean something evil but simply an absence of light. Within this first sphere, the Creator now created certain forms, certain structures that could serve as the basis for life. The Creator then projected self-conscious extensions of itself into this first sphere, this first level of the world of form. These beings were designed to be co-creators, but they started out with a very limited sense of identity and self-awareness. This sense of being separate entities was possible only because the first sphere was not filled with light. Thus, the sense of separation can exist only under the cover of darkness.

In the beginning, the first co-creators were tutored by the Creator itself. As they grew, they began to become self-sufficient and attain mastery over their creative faculties. They attained the mastery of mind over matter, which meant that they became increasingly adept at co-creating within their sphere. This had a two-fold effect. One is that the co-creators created additional structures by building on the foundation set by the Creator. The other is that the co-creators brought more light – from the Creator’s infinite supply – into their sphere.

Thus, the first sphere eventually attained such an intensity of light that it was no longer possible for any being in that sphere to maintain the illusion that it was separated from its source, from other co-creators or even from the structures within the sphere. When the total light in the sphere reached a critical intensity, it became obvious for all to see that everything was created from the Creator’s light and consciousness. Thus, all co-creators reached a state of enlightenment in which they directly experienced themselves as extensions of, as individualizations of, the Creator.

The Creator now projected itself into the void and created another sphere that was set apart from the void. This sphere once again contained only a limited amount of light. The co-creators who had reached a level of mastery in the first sphere now used that mastery to create structures in the second sphere that could serve as a platform for life. When this was done, the masters from the first sphere now projected self-conscious extensions of themselves into the second sphere.

These second-generation co-creators again started out with a limited self-awareness and an identity as separate beings. Yet they were tutored by the masters from the first sphere, their spiritual parents. Thus, they again grew until they reached mastery of the first sphere, and that sphere also reached the critical intensity of light. At that point, the Creator created the third sphere. Some of the masters from the second sphere chose to continue to raise their consciousness so they could enter the first sphere. Others became the masters who created structures and then co-creators in the third sphere.

Thus, the process of life begetting life continued and a number of levels or spheres were created inside the void. A new sphere was created as a twilight zone. It was set apart from the void but did not have as much light as the higher spheres. When a sphere had ascended to the critical level, it too would become part of the spiritual realm. Thus, the material universe is simply the latest extension of this process. It was created with a limited intensity of light, which makes it possible for the co-creators in this sphere – meaning yourself and everyone else – to start life with an identity as separate beings. The low intensity of the light also makes matter appear more solid and sets it apart from the more fluid forms in the spiritual realm. Thus, a new co-creator can believe that there is nothing beyond the material universe or that this world is separated from the spiritual world by an impenetrable barrier.

The material universe is created out of the same stuff as every other part of the world of form, namely the Ma-ter Light. The material universe is created out of light of a lower vibration, but this light has the built-in potential to be raised to the vibration of the spiritual realm, whereby the entire universe will ascend to a higher level. This ascension process is the outer purpose behind the creation of the material realm.

Yet the inner purpose, the real purpose, is that the material universe serves as a science laboratory for the co-creators who were sent into this world. It is only as they raise their own consciousness that they will become the open doors for bringing more spiritual light into the material realm. And only such light will raise the vibration of the matter universe. By serving in this capacity and by seeing their world being raised as a result of their creative efforts, the co-creators will expand their self-awareness until they too can ascend to the spiritual realm. And this, of course, is the real purpose behind the creation of the material universe. Everything revolves around the growth in self-awareness. And the end result is that you can grow to the same self-awareness as the Being who created the world of form. You are a God in the making, and realizing this is not blasphemy but supreme realism.

God’s law is not punishment